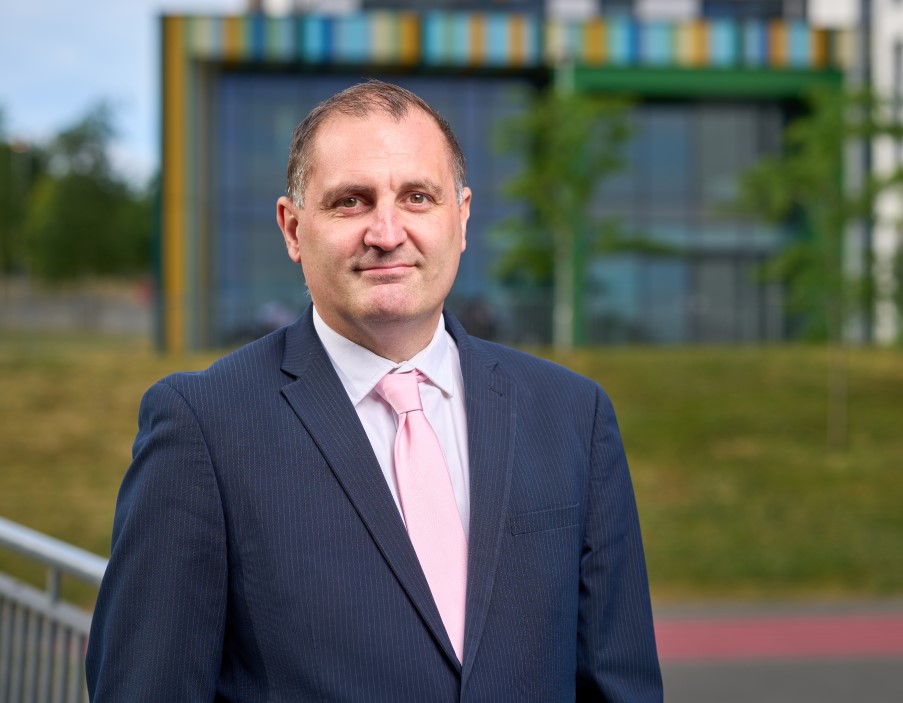 The Education Committee’s report “The forgotten” states that white working-class pupils have been badly let down by decades of neglect. It highlights that:

Simon Cox, Headteacher at the Parker Academy and Regional Education Director for E-ACT, has been on an incredible journey turning schools around in white working-class communities.

Not only has he successfully turned around 4 schools, but Simon has also attracted a large amount of attention from TV shows and publications for his term time holiday scheme – a scheme that has had a positive impact on pupils and their families.

We caught up with Simon to ask him about his journey and what advice he can give to other leaders that want to make sustainable and futureproof improvements to their schools.

What has the journey been like so far for you?

It started in 2014 when I went to Woodlands in Basildon. In the first month 58 staff left. The school is 45% PP, 89% white British, and it was in the lowest 10% of schools in the country. It’s a privately funded initiative (PFI) building which brought with it its own costing restraints.

After being at Woodlands for four years we had a monitoring visit from Ofsted. We had another one in 2015 and in 2018 we had a full section 5. The school turned around from “Requires Improvement” to “Good” with “Outstanding” behaviours and “Outstanding” leadership.

Given the context of the school, its size and location, we chose to embark on an elite sports programme and managed to rank number 4 in the country against the likes of Eton and Harrow. By the time I left in 2019, they were oversubscribed by 65%! They had 496 first-choice applications for their 300 spaces.

I went on to continue my journey at an E-ACT school in Daventry. This school had always been “RI” or “Special measures”. They had 286 days of exclusion in just one term before I joined.

This school now has 210 first-choice applications for their 210 spaces, and that’s taking into consideration the 2 years of COVID we went through. We had a full inspection at this school and were awarded “Outstanding” leadership, behaviours, and “Good” overall.

In 2021 I was asked to be the executive head of Danetre Southbrook Learning Village (DSLV), which is an E-ACT all-through school in Daventry. That was in a bit of a pickle as well!

DSLV had an inspection previously which was rated “Good” but it was very close to not being “Good”. In March this year, we had a section 5 and it got rated a solid “Good” all the way through from Reception through to Sixth form.

This April, saw me working 4 days a week at Crest Academy Neasdon.

Crest is 92% EAL, 4% white British and over 50% PPG. We’re rapidly turning this school around and we have made some great progress in manoeuvring it into a strong position.

The work that I’ve done at these schools is what the children deserve. They deserve the best from their school and teachers!

Turning a school around is a significant achievement. Turning 4 around is astonishing! You must have faced some challenging times?

Definitely! You’re constantly learning and improving yourself, whilst drawing on your experiences because every school is different.

I use an ABCDE which helps identify what needs to be done:

Assess – one size doesn’t fit all. What worked at a previous school won’t necessarily work at your current school. You need to understand the unique challenges that your particular school is facing and what needs to change.

Behaviour – at every school I’ve been to behaviour has been an issue at the start. This has been for different reasons. At one school it was because the children were naughty and there weren’t systems in place to help them move forwards. In another school, it was down to the fact that the teaching wasn’t up to scratch, so the children messed about.

CPD – CPD is crucial for staff buy-in. Teachers need to be appreciated and have their career goals supported. Give them the opportunity to develop, visit other schools, get on an NPQ programme, and get that promotion that they deserve when they’re being the teacher that their pupils need them to be!

Direction – this is about the culture. At Crest for example the culture was quite oppressive. This needed to change so that staff knew that it was important to be kind and supportive to each other as well as their pupils. Having taken other schools on this journey I can recognise where a school is and set landmarks to track how we’re improving. It’s important that you involve families in this too. One of the first things I do is have a parent forum so I can listen to their frustrations and work with them moving forwards.

Energy – bring positive energy and your team will feed off it! As leaders, we’re also trying to create the next generation of leaders. We need to share our insights with the teaching community so our work can be continued after we’ve left, and our schools can constantly improve.

You’ve been using the ProgressTeaching platform for quite some time now. How has it helped you when turning schools around?

I’ve been fortunate enough to work with ProgressTeaching since around 2012. I’ve implemented it at all the schools I’ve been to since then because I know the results that it helps schools to achieve.

One of the things that I like about it is its openness. Parents can see their child’s reports and progress and we can communicate with them regularly. 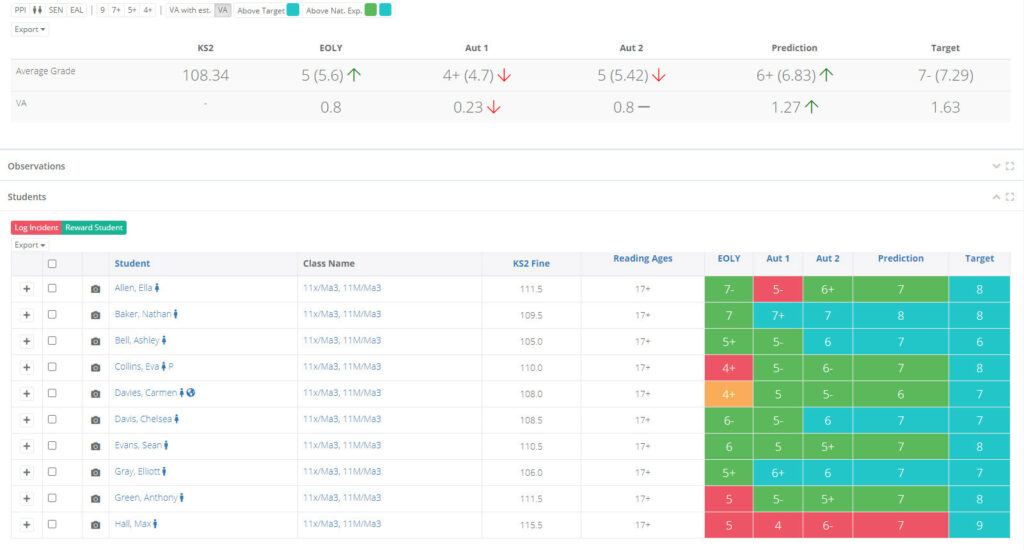 This is without adding to your teachers’ existing workload. It’s an online platform so it’s easily accessible whenever we need it to be.

The other benefit of the platform is that it creates accountability for teachers.

They can easily see their strengths and areas for improvement, they can see everything that their manager has documented in an observation, and they can really start to understand what they need to do to improve their practice.

Using the data in ProgressTeaching has been incredibly valuable for us too. Not only can we quickly understand what’s going on with our teachers and their classes, but we also have all a pupil’s progress and attainment data right there in front of us, which parents also have access to.

It has always been well received by my teachers and the parents at every school I’ve used it at.

From September 2022 all 28 EACT academies will be using ProgressTeaching. Some will be using the whole platform, so the Behaviour module, Data, Observations, Parent Communication etc, and others will just be using the Data element of it.

You can tailor the platform so you’re only using the modules that you need and then start to use the other areas when your school is ready to.

It’s a really engaging tool that helps with teacher well-being thanks to the time-saving benefits it brings. It supports work-life balance and helps teachers to achieve their CPD goals.

There’s sometimes a stigma associated with observations and the process that is involved with improving the quality of teaching. How have you managed this and what advice can you give to other leaders that are on an improvement journey themselves?

It’s about the message that you send to your teachers. If you present the journey you’re embarking on positively, they’ll use what you’re doing to their advantage and the advantage of their pupils.

If you’re a teacher that is delivering to the standard I expect, rather than me sitting with you and listing all the things that you’ve done well which can take half an hour of your time, I’ll send you my feedback, and you get that instantly with a tick to say you’re delivering to standards.

In some cases, all that needs to be said is “you know what, that was really good! Well done and thank you very much.” As part of the CPD package that teacher is then going to get their development in other areas that really matter to them.

When you observe a teacher that isn’t performing as well as they should be doing, you need to discuss this with them in a constructive way – what are our next steps? What extra support can we put in place?

This isn’t a judgement. You just want to help your teachers teach better. You need to back that up by not using it as a stick to beat your teachers with. If that message becomes clear you can then get your teachers that see the benefits of this way of working to be your champions at your current school as well as in future schools.

What are your 3 top tips for turning a school around?

I always give the three R’s to any head teachers I work with:

Recruitment – that’s staff and students. The recruitment of staff is key, not only to have bodies in the classroom but also to have the right people that buy into your vision.

The more students you get the more opportunities you get. This then leads to more budget. It’s like a restaurant being full – word of mouth spreads, and everyone wants to go there once they see that it’s always full.

Results – You need to deliver those outcomes at GCSE, Year 6 and A levels. Results are a key indicator of how well you’re doing as a school.

Relationships – all this links back to relationships with staff, pupils and your local community. Good relationships are so important if you want people to support you and be with you on your journey of improvement.

Request a demo to see how ProgressTeaching can help your school 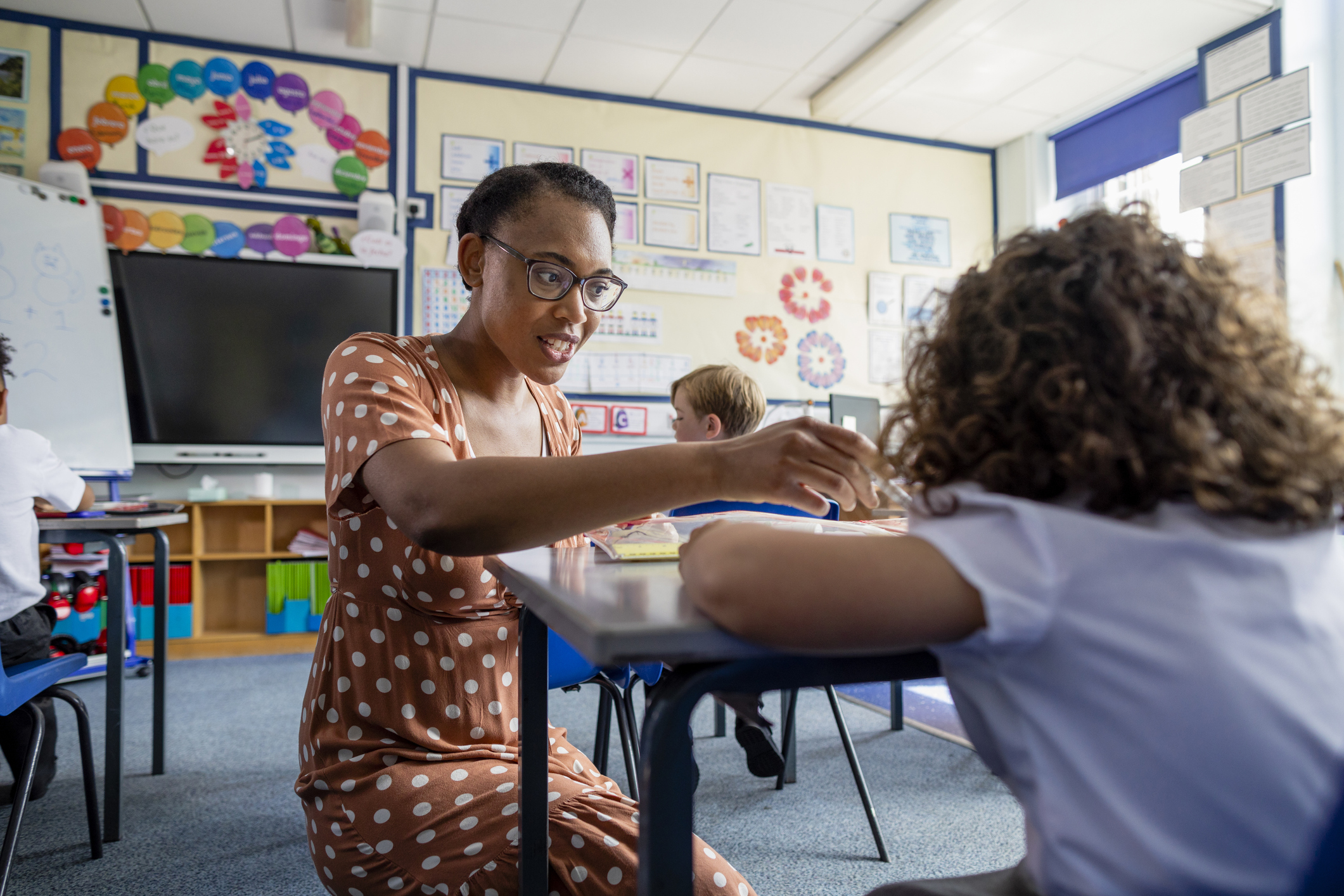 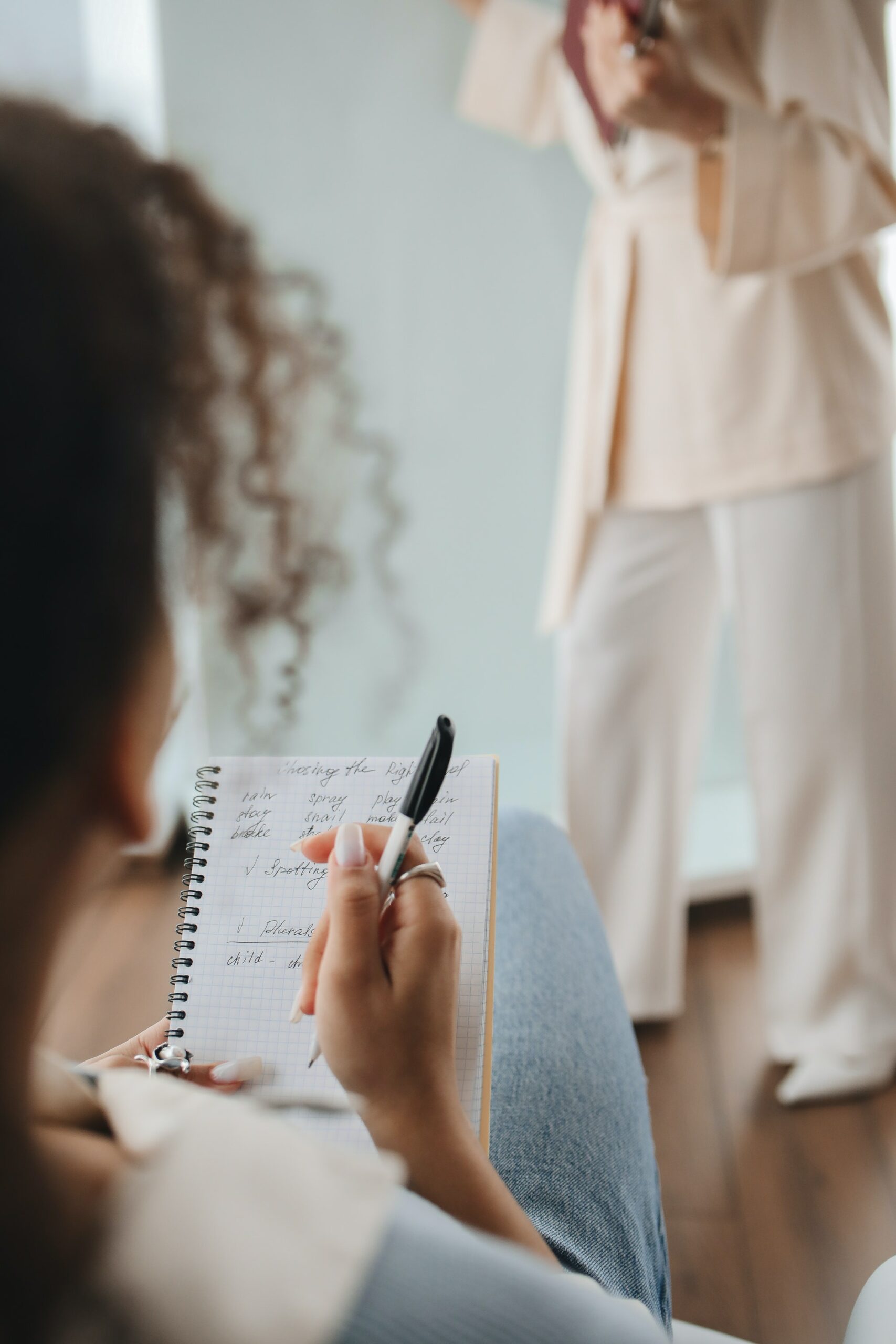 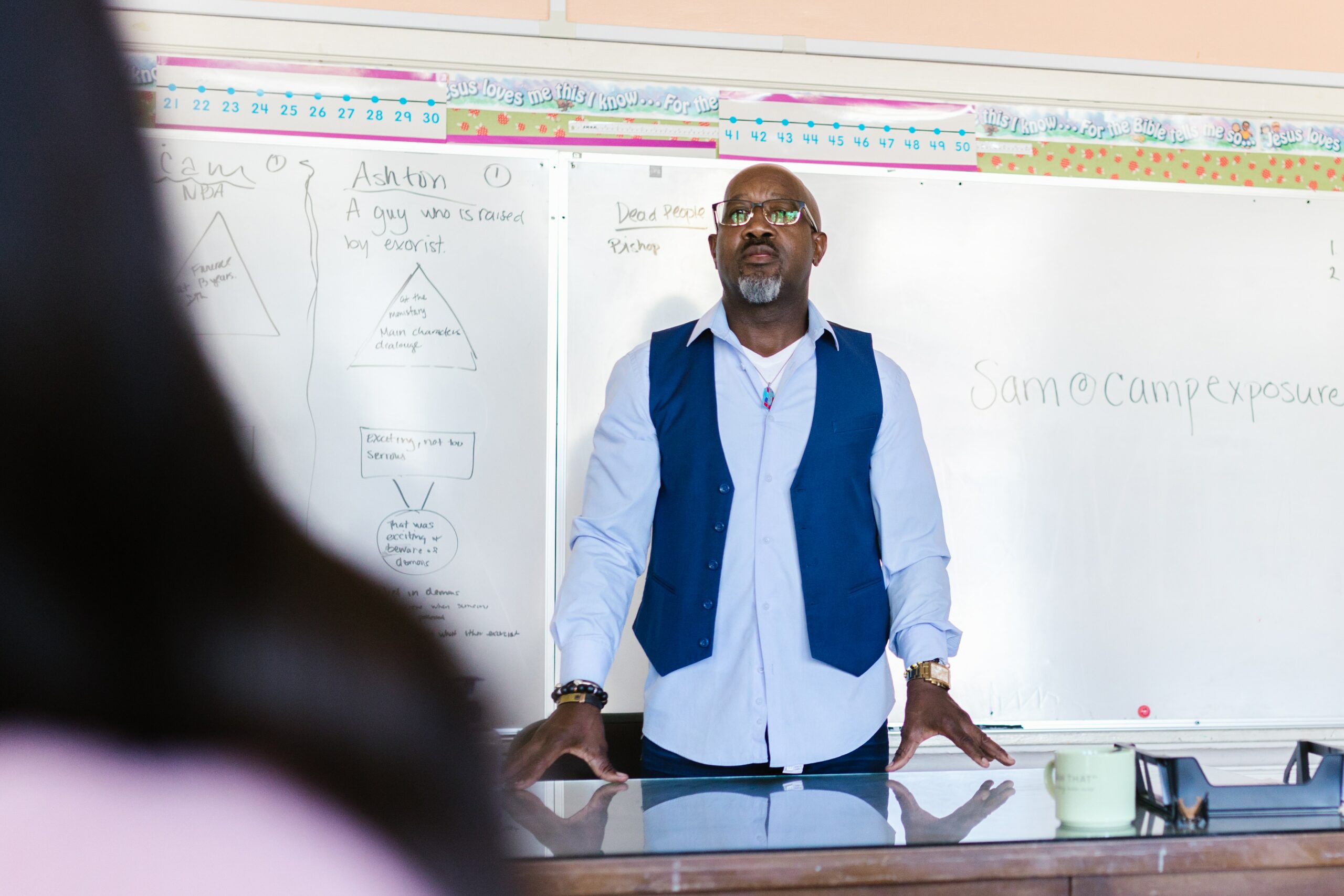 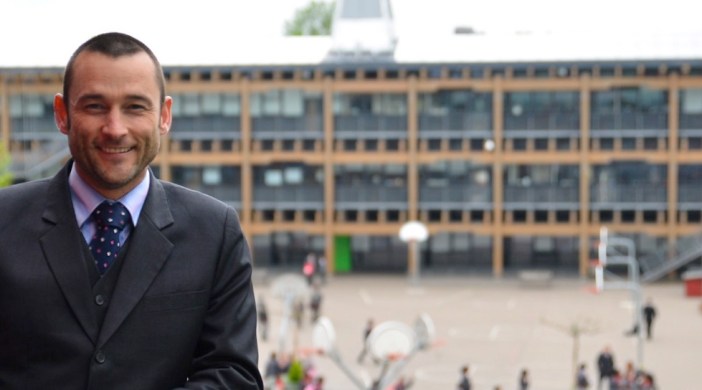 Understanding where your school is on…

Hit enter to search or ESC to close